A few days ago, I began what ended up being many, many miles driven, in different locations in an attempt to find and photograph suitable subjects. I drove, I walked, I sat, I pondered. The harder I looked, the less presented itself, or so it seemed. On a whim, I decided to take an unlikely detour to a location where I felt it was unlikely to really find anything. I had nothing but time, so I took the road (I could throw in, “less traveled,” which it was, but that would be cliché) and not really paying much attention. Then, in my view was an animal. At first I thought I had seen an otter and as I slowed to get a better view, it disappeared. Continuing on, I found nothing, except a bull moose about three counties away, so that was out of the question. I returned to the location I had seen the yet to be identified critter, and there is was. So, I carefully stopped so I could observe what I had found. To my disbelief, I was looking at a beaver (Castor canadensis). I have never seen a beaver in winter before. This one was busy gathering branches from the surrounding brush, dragging them to a hole in the snow and then disappearing. As I waited, he/she appeared again and came completely out of the hole into which it had disappeared. It’s snout snow-covered from rearranging snow around one of the holes it was using. So, on balance, it ended up being a pretty good day. 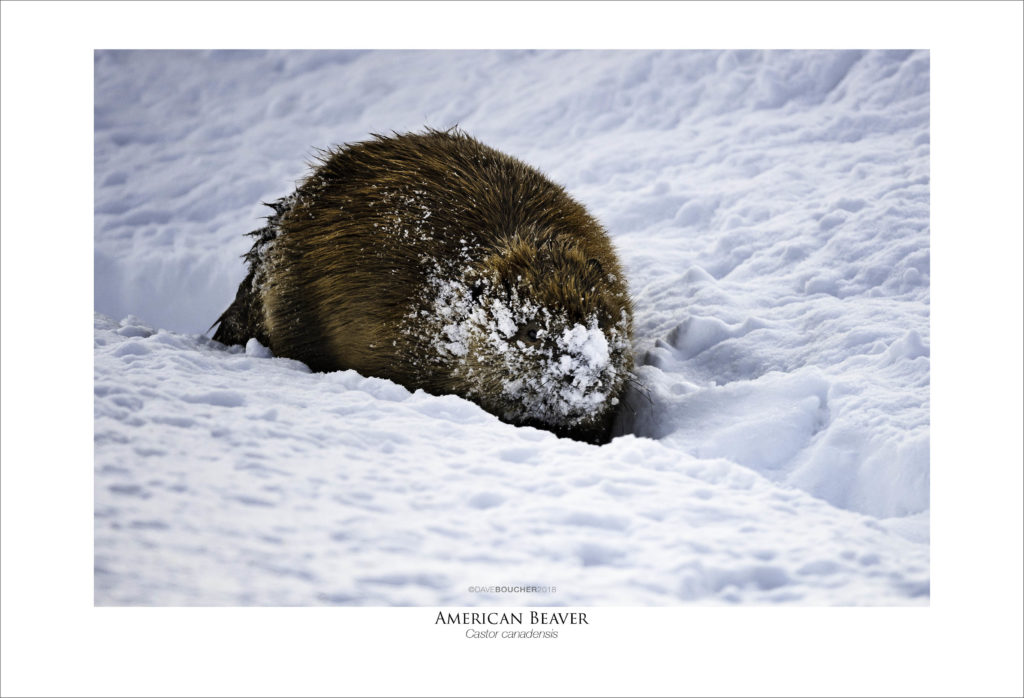