Common Goldeneye (Bucephala changula) I had been watching this Goldeneye for a couple of days and took note of what I perceived were his movement patterns. To get a clear opportunity for photographing the bird, I decided that I could sneak among the reeds and bulrushes to get a clear shot. There was a small peninsula that would provide an excellent view of the bird’s movements and which I hoped was somewhat solid and would hold me. On the day I decided to venture out, I noticed a large raccoon in the same immediate area that I planned to go through. Raccoons can be a bit temperamental and can routinely defeat a large dog if confronted, so I tentatively made my way through the area while crouched over and careful to hopefully not startle the raccoon. I planned on getting as low as possible going through the reeds and did not want a confrontation — when I reached my selected area, I knew I would either be laying flat or in such a position that I would be at a disadvantage and unable to move quickly should the Raccoon choose to defend his territory. I have no idea where the raccoon went, but from signs in the area, it was a regular visitor and I was probably on his home turf. Successfully negotiating the path to the end of the peninsula, I was able to spend some time observing this bird and its behavior before a car stopped close by and the occupant got out of the car and walked to the edge of the water. I had taken my time to get into my position being careful not to disturb the bird’s behavior, but he took exception to the newly-arrived visitor who chose to stand in full view. He turned and swam farther down the channel out of camera range — my time with the bird abruptly came to an end. 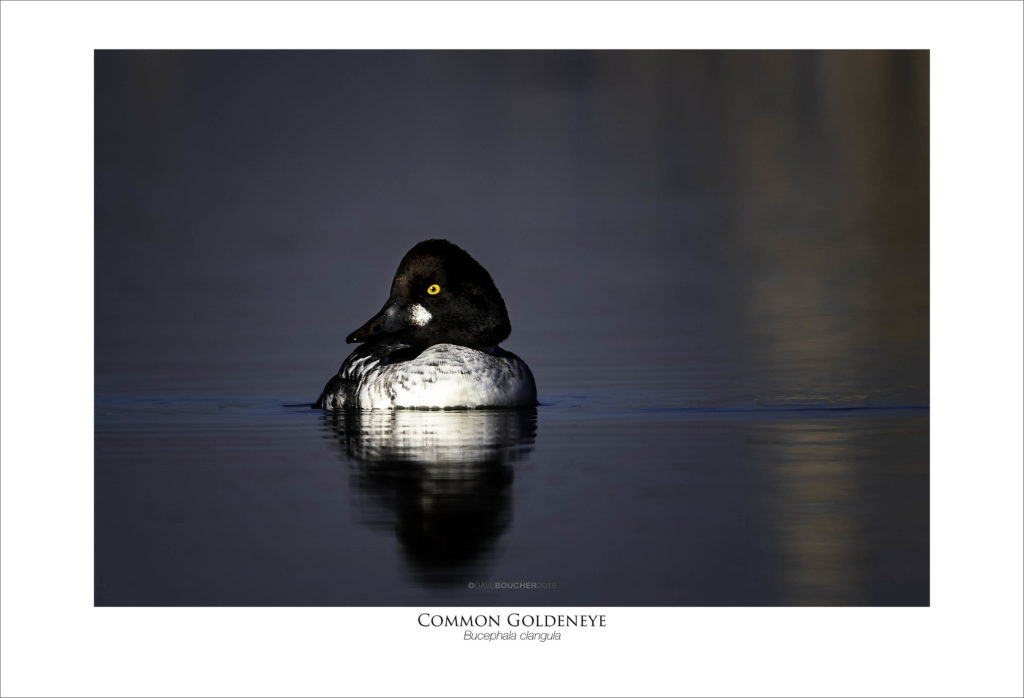